Are We Clear? Your Statement of Faith

Home » News and Updates » Are We Clear? Your Statement of Faith

We believe in the Scriptures of the Old and New Testaments as verbally inspired of God, plenary in content and inerrant in the original writings, and that they are of supreme and final authority in faith and life.

It seems as if many churches’ Statements of Faith are copied from other sources. If that’s how you want to do it, then that’s your choice, but you have to understand that this particular SoF is very weak in its doctrinal stance. First of all, it doesn’t indicate which Bible it’s talking about. There are over 300 different Bible translations, and failing to take a firm stance leaves your website’s visitors in limbo, especially if they’re looking for a King James Only church. Secondly, this SoF’s appeal to the “original writings” raises even more red flags, since the “original writings” don’t exist, and thus it appears to be obfuscating the issue.

As a church, you’re not a business trying to sell a product to a customer. But you are trying to provide something to someone, and by making clear what you believe, you can help seekers know where you stand. Doctrine is not an option, especially when it comes to God’s perfect words, so don’t make people wonder what you believe!

Leave a reply Click here to cancel the reply 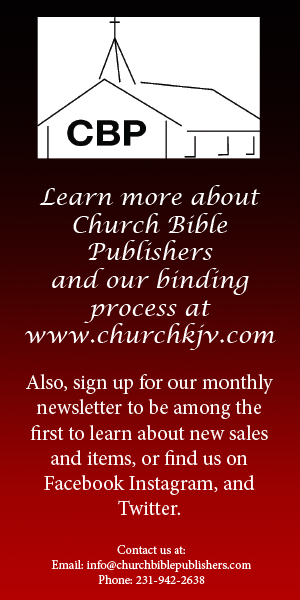